Dates de tournée
Southern California ska-punk-reggae act Buck-O-Nine's latest album, Sustain, is christened with the most poignant term that could be applied when summarizing the band's whirlwind course throughout the past several years. From the extreme highs and chaos that often comes along with being a full-time touring band, to the incalculable lows of returning to "normal life," the lyrical content and feel of the music emanates from deep within the hearts of the band's members.

Sustain - produced by the Buck-O-Nine with engineer Jeff Forrest in early 2007 and mixed by Jason Livermore (Lagwagon, Descendents) - is the band's first new studio full-length since 1999's Libido.

"We started having band practices to freshen up some of older songs at our shows, and then we started peeling off new song ideas," says vocalist Jon Pebsworth, regarding Sustain's creation. "It just started as a fun thing to do and have some new songs for our shows, but then it took on a life of it's own."

Guitarist Jonas Kleiner started bringing new material to practices and Pebsworth quickly caught on, penning all the lyrics for the twelve songs that comprise Sustain. The band's amazing horn section - Tony Curry, Dan Albert and Craig Yarnold - are all original members. "Those horn mo-fos always amaze me with the shit they come up with," says Pebsworth of his longtime bandmates. "It sounds so cool, I can't believe it."

Despite the prevailing darker lyrical slant, Pebsworth asserts that Sustain's writing sessions were essential to getting his life into a better balance. "Writing these songs was definitely a huge therapy for me," he says. "And especially writing with Buck-O-Nine, because I thought we'd never be doing that again."

"I think that in our hearts this is something that we all want to collectively do for the rest of our lives," he adds. "Playing music together and just doing it. It's totally alive and it's a major part of us. I think it took this hiatus from recording and touring for us to all realize that. I think everybody's desire to want to do it came back naturally." 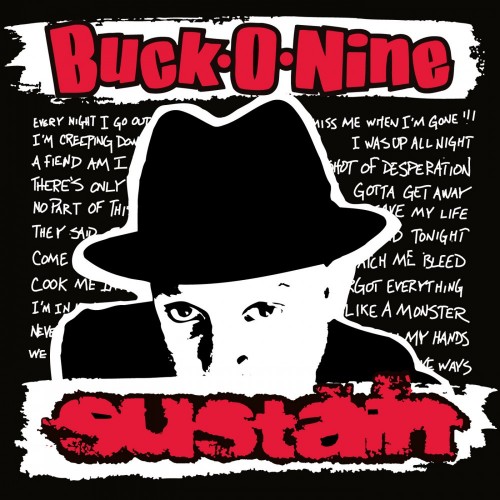