Dates de tournée
Since their inception in 1998, DEATH BY STEREO has been balancing consciousness and chaos with their unique genre-bending amalgam of hardcore, metal and punk. Recently signed to vocalist Serj Tankian's (System of a Down) label Serjical Strike Records in the US and Union 2112 Record in Canada, the Orange County-based band will see their 5th studio album Death Is My Only Friend released July 7th of this year. Previously, the band released their last three studio records via Epitaph and their debut album on Indecision.

DBS, as they are known by many of their loyal followers, have assembled a worldwide fan base built upon a seemingly endless international tour schedule, with enough passport stamps to make many of their contemporaries jealous. They have shared the stage many times over with the likes of Slipknot, AFI, Serj Tankian, Avenged Sevenfold, and Rise Against, just to name a few. They have headlined some of the biggest and best festivals around the world (Germany's "With Full Force", Belgium's "Grozerock", U.S.'s "Warped Tour" and Colombia's "Rock Al Parque"). Having toured in over 20 countries is an accomplishment few bands of any stature can lay claim to.

Spearheaded with the frenetic energy and rabblerousing lyrics of vocalist Efrem Schulz and illustrious chops of guitarist Dan Palmer, Death is My Only Friend finds the band's sound venturing into uncharted musical waters. Guiding them throughout the process of writing and recording the record was producer Jason Freese (Green Day, Jewel, Goo Goo Dolls). The album was also mixed by Jay Baumgardener (Linkin Park, Evanesance) at NRG Studios in North Hollywood, where he was able to hone in on all the right musical cues, making for the biggest sounding DBS record to date. When all was said and done, a year had passed before the completion of the album and this latest offering from Death By Stereo showcases a level of depth and craftsmanship never before displayed by the band. The maturation of the band's songwriting skills have manifested themselves on Death Is My Only Friend in a way that makes the heavy parts sound even heavier, allowing for the melodic and sing-along chorus' to become new anthems for the DBS faithful to sing along to. 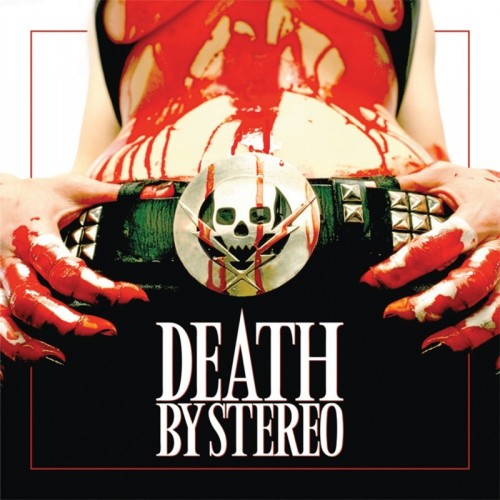