Dates de tournée
The year was 2014, the place was Edmonton and the mission was simple. Spread the highly infectious pop punk contagion to the four corners of the earth and beyond. And, just like that, the first wave of Real Sickies was unleashed. A steady stream of demos and EPs quickly established the Sickies as a local virus to be reckoned with. The band fiercely escalated their fever pitch plans of world domination by sharing the stage with heavyweights Stiff Little Fingers, Subhumans, The Real McKenzies, Giuda, Mean Jeans and The Jolts just to name a few. A couple near disasters almost put the Real Sickies out of commission. Lead singer Ben ironically got real sick and required spinal surgery while a couple of founding members stepped down. This would usually be enough to sink any band; but Ben bounced back like a champion, new members stepped up and Real Sickies released their phenomenal debut album “Get Well Soon”. The band immediately shot out on tour making house calls across nation as many new fans happily succumbed to the sickness for the first time.

And now Real Sickies are launching their pop punk pathogen straight into the final frontier. “Out Of Space” is thirteen rocket-propelled, turbo-boosted, NASA-disavowed tracks of incurable, infectious bliss. Clocking in around thirty minutes, the latest album blasts the patient into orbit with plenty of sweet singalong choruses, blazing down-stroke riffs and enough whoa-ohs to infect even the most jaded extraterrestrial. Real Sickies will be invading a town near you this fall. Until then…Stay sick!

“..seriously-fun, without being overly serious, great record for old-school punk fans, and driving rock fans, alike. Put on your red and green 3-D glasses, your rattiest (or neatest) pair of Chucks, and “Rock ‘n Roll High School” dance party all over your room!” – Canadian Beats

“Punk rock is a flame that refuses to go out. Leading that charge in Edmonton is Real Sickies, a born and bred classic punk band in the same vein as Ramones or Teenage Head.” – Beat Route Magazine

“But if you're like me and can never get enough great punk/powerpop/rock n' roll, this record is not to be missed!” – Faster & Louder Magazine 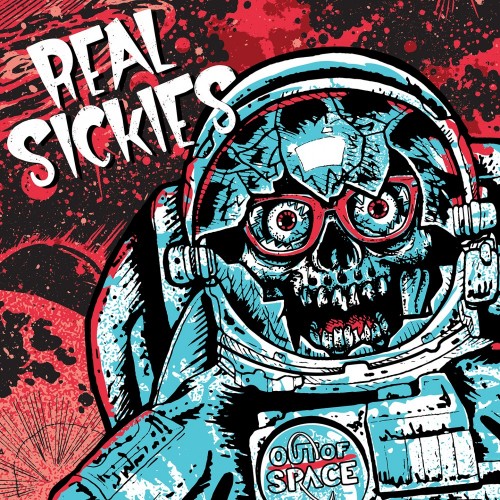