For the past 20+ years Pamona Valley, CA hooligans TOTAL CHAOS have been bringing their signature brand of punk rock n roll to the four corners of the earth. Created out of the desperate need to save the dying genre (at the time that the market was saturated with commercial power pop), Total Chaos brought the music back to it's roots of rebellion, defiance and activism. Alongside a dedicated few other bands who believed in the wounded genre and all that it represented, the band created a forum to convey important political and social viewpoints. Total Chaos worked closely with many other like-minded individuals to start organizations such as UVP (United Valley Punks), OCP(Orange County Peace Punks) and AGC (Alternative Gathering Collective), staging huge social events like Food Not Bombs, giving support to the Big Mountain Indian Reservation and helping to open the Los Angeles Anarchist Center. The idea of social responsibility was a significant thing. From organizing peace punk picnics to protesting against the Gulf War- their music has meaning and stands for something.

Now in the new Battered & Smashed era, the message is stronger than ever before. There is a real sense of urgency pouring from the band when it comes to social and political reform. It oozes from their music and is undeniably sincere. After 21 years Total Chaos has grown as a band and has seen many come and go- but they have always kept their original ideals of what their genre of music is all about. Which hasn't been proven to be an easy feat during a time of mirages and deceit. Regardless of what you believe, whether your scene is pop punk, street punk, hardcore, glam-punk straight edge, political punk, goth punk, skate punk, punkabilly, crust punk, metal punk, old school punk rock (the list goes on and on), Total Chaos' musical style and message can unify them all. It all comes down to one community in the end, and that is PUNK ROCK!

"….a perfect blend of information and just plain fun, making the album not only a hypersonic, overdriven blast of Casualties-esque distortion mixed with catchy choruses, but a touch of infotainment at the same time– Exclaim Magazine

"Fast songs, ripping guitar riffing with many thrash influences, guitar solos and perfect production as well as the caustic lyrics make for a combination that kills."– Metal Invader Magazine

"I'm not sure what it is about Total Chaos, but whenever they put something new out, I always rush out and pick it up right away." – Punk News

"…you can hear the anger and the passion that drives this band." – Metal Rage Magazine

"It's snotty, fast, and in your face. It brings you back to the old times, where punk was shocking and used to create a movement."– The Punksite 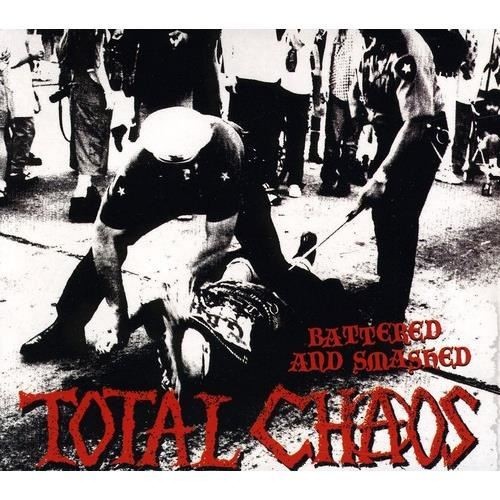