For the past 8 years Burlington's The Video Dead have been thrashing out old-school flavoured punk and hardcore. A sole survivor, and flag-bearer of the southern Ontario scene that has morphed and changed drastically over the last decade. The Video Dead has always maintained strong roots in the kind of rough and tumble, no-frills punk rock that the members have dedicated their lives to. The group's forth-coming LP Damn Disco is no exception.

Since the bands inception in 2002 there have been numerous line-up changes, at times hindering the progress of touring and recording, but now feature a solidified group for the past 3 years. Fronted by vocalist Ben Rispin (Saint Alvia) the band also features original member, bassist, Matt Barnhart, as well as guitarists Matt Richmond (Saint Alvia) and Greg Fisher (Saint Alvia) along with newest recruit, the hard hitting, dynamic Jesse King on Drums. The band have been hammering it out on the Ontario punk circuit for years, and have various recordings that have recently been brought together for an entire back catalogue re-issue on Juiceboxdotcom, called 'A Face For Radio... But Not The Songs'. The compilation includes the first EP (2003), The 617 EP (2004) and The Brotherhood of The Dead LP (2006), aswell as a slew of outtakes and demo recordings from the past 7 years. Some of the material being so rare, that few, other than the band, have even heard it. The re-issue is also a lead up to The Video Dead's newest LP Damn Disco, giving fans the opportunity to get (re)acquainted with older material, in true punk rock fashion (yes, it's available for free), in order to brace for a whole new era of the band.

Taken from a conversation in a chance meeting with Canadian funny man Eugene Levy, Damn Disco came to fruition. Levy told of his uncle Harold Cudlats, a legendary Canadian concert promoter, and his experience with live music being essentially run out of town in the late 1970's with the birth of disco music, as club owners began opting to hire DJ's rather than live acts to get people on the dance floor. Parallels were drawn from this to the current state of music, insinuating much of today's mainstream pop to be, in essence, 21st century disco. The group decided to adopt this idea as their latest call to arms and launch their assault on what can only be described as the inane, low-brow pablum spoon fed to the masses through pre fabricated, driveling pop stars. Delivering what may be the polar opposite of the Disco idea of past and present, The Video Dead aim to sonically re-enact a proverbial Comiskey Park of July 12 ,1979.

With their honest approach and full hearted belief in the power of (good) music the band are poised to take their show back on the road and spread the gospel of heavy, loud and fast good times. Everyone could use something genuine and real while navigating the rocky musical landscape. So if you like faux rock stars, music without real instruments, or shiny, glossy, family friendly pop acts, just remember: You'll hate The Video Dead. If not, join in and we can all Damn Disco together. 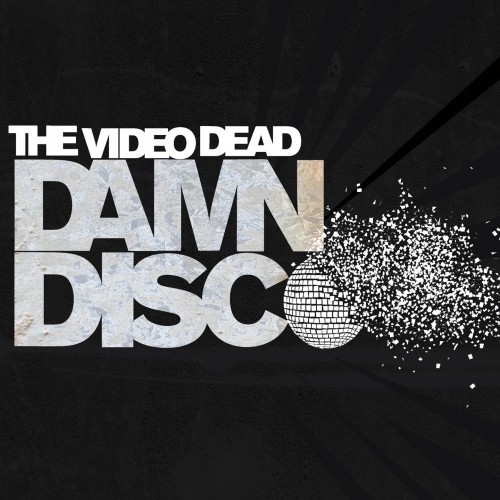